Not along the Japanese calendar,
feel real things in our life in Japan.

"LURRA°" is a restaurant opened by Takumi Miyashita, Jakab Kear and Yusuke Sakabe, who met at the New Zealand restaurant "Clooney". After returning to Japan in 2019, they renovated Kyomachiya (Kyoto style traditional house) in Higashiyama, Kyoto and started the most ambitious and innovative restaurant. Mr. Miyashita, the manager, wants to make "LURRA°" a place that expresses the scene and the sense of the season (which they experienced) without being bound by the so-called Japanese calendar such as 24 divided season and 72 division of solar terms. We are particular about "things that can be transmitted in a place called Japan", and it is not only about food, but also about traditional crafts and all the manufacturing in Japan's "living". This is what Mr. Miyashita was thinking about in "LURRA°".

He said, "Even Japanese people don't know about lacquer or Japanese crafts, and sometimes they don't understand the difference. But you can understand what is good by actually picking it up and using it. The restaurant is the perfect place to experience the difference between the real and the non-real.

Mr. Miyashita, who settled in Kyoto, first started to look around the present status of Japanese manufacturing directly by walking with his own feet. While retaining the traditional atmosphere of Kyomachiya, for example, the lighting inside the store uses "NEW LIGHT POTTERY" in Nara, his restaurant actively incorporate the current "sense". According to Mr. Miyashita, there is a modernity that deserves to be called a "showcase of Japanese seasons and culture." One of the things I encountered on my journey to find "Japan" was "Asahiyaki". After observing the climbing kiln and being greatly impressed by the traditional manufacturing, Mr. Miyashita made a request to Asahiyaki after two years of friendship. He wants Asahiyaki to make Porcelain cup for "LURRA°" by our climbing kiln.

Asahi ware and LURRA°,
something created by primitive fire.

Mr. Miyashita was interested in the Asahiyaki climbing kiln for another reason rather than both of their home located "in Kyoto". "LURRA°" does not use gas at all and uses only firewood as fuel to cook. Fascinated by the creativity by natural fire, Mr. Miyashita found the origin of "LURRA°" manufacturing in the climbing kiln.

"Primitive fire shimmer and scent". Mr. Miyashita expresses the charm of firewood in this way.

"There are two firewood grills, one of which rises to 600℃, which is a high temperature that cannot normally be raised.  Put the iron pot in the firewood conquest and put vegetables in it. The lower side of food affects the heat of the iron pot, and the upper side hits the flame of firewood, the fire is ignited immediately before the moisture decreases, the vegetables become very juicy. The fragrant scent of firewood. Firewood is also one "seasoning".

“We can express the perfect concepts of LURRA° as it is by using Asahiyaki climbing kiln.” In this way, the collaboration between “LURRA°” and “Asahiyaki” has started, which started without seeing the goal, made new discoveries every time we made a prototype. Japanese containers have been made to match basic Japanese food. However, by combining it with different sensibilities such as "LURRA°", it may be possible to find new roles and values in traditional food containers. I reconfirmed that this is one kind of flexibility for another aspect of Japanese culture.

Incomplete in a good way. Enjoy the primitive fluctuation.

Regarding about project of this Porcelain cup, Mr. Sakabe, a mixologist, requested that the cup should be an image of an inverted triangular glass, so-called martini glass. At first, we tried to make cups of 90cc capacity, which is a general cocktail size, but Mr. Sakabe pointed out that it feels a little big on observing and touching the finished sample. Therefore tried to change the size slightly smaller than before, it seemed to fit more naturally. I worked with Mr. Sakabe more about details to make the mouth as thin as possible, paying attention to the feeling of mouth on drinking, and paying attention to the angle at which the liquid enters the mouth smoothly without tilting too much.

I made a lot of discussions with Mr. Miyashita about the "individual differences" created by the climbing kiln. This incompleteness is caused by the temperature difference due to the kiln firing, but it seems to be "LURRA°", so we chose to take a wider range of individual differences than usual. This is something that cannot be done without a complete shared vision between the creator and the requester.

The expression of cracking ※1(which changes greatly depending on how the flame hits) and natural ash glaze※2 (Originally, white porcelain is a technique that pursues vivid whiteness, but this cups get the "natural ash cover" on firing the climbing kiln. The glass shows the unique expression which own bright white with yellow spots left inside the cup as the scenery.) The completed Porcelain cup are different individually, and they have become tasteful works unique to climbing kiln※3.

"Even if you pick up the same cup, it will be a little different. I want everyone who eat at LURRA°to enjoy feeling such individual differences". Mr. Miyashita took it in his hand with satisfaction on viewing every Porcelain cups.

※1 Cracking：A crack pattern caused by the difference in shrinkage between the glaze and the base clay, which is different from cracks due to cracks and scratches.

※2 Natural ash glaze：Firewood is used for climbing kilns. The firewood burns to ash and accumulates on the works in the kiln. As pine wood contains lots of iron, the ash turns into a natural glaze. The expression creates a light yellow speckled pattern on the work.

Martini in a Porcelain cup

Mixologist is a coined word that combines mix, which means mixing, and ~ ology, which means science and scholarship. It is a name that refers to a new bartender who tries to create a new one by following the existing method of making cocktails. Mr. Sakabe, a mixologist, has a long experience working as a bartender with chefs at restaurants, so cocktails made by Mr. Sakabe uses cooking utensils and its techniques that is the different method from the typical bartenders. Especially, you may not have a chance to drink cocktails that use preserved foods and fermentation techniques, which are one of the characteristics of "LURRA°".

Mr. Sakabe made a martini that goes well with this Porcelain cup. It's a basic cocktail, but he said it was just right for you to know the compatibility between the porcelain cup and sake. Martini can be freely mixed depending on the person, which is one of the ways to enjoy it, but in this case, the ratio of vermouth 1 to gin 3 is. The amount of cup is about 90ml, but up to 60ml or so looks the best and perfect, a little margin remains. It has become a very useful cup as a container for so-called short cocktail that you drink quickly without adding ice,

"Porcelain cups have good heat retention. Even if you hold them in your hands, the temperature of your hands does not easily shift, and unlike ordinary cocktail glasses, the shape is unique, you can use it for tea as well as alcohol. What I noticed later is that it goes very well with wine. In the case of wine with a strong habit, a so-called ordinary tulip-shaped wine glass has a muffled odor, but this cup is easy to drink even with such a kind of wine. We also uses it for non-alcoholic drinks. It's Tachibana in this season.  The flavor is relatively strong, but with this cup, the flavor does not come out too much, making it a refreshing and free of disagreeable taste that is easily disappear from the mouth ".

Be a place like a picture book, not a photo book.

“It feels like high-end restaurants around the world are aiming to become a restaurant that looks like a photo book,” says Miyashita. "There are many good-looking and fashionable restaurants that cut out only the space and the top of the plate. "LURRA°" wants to be a restaurant like a picture book rather than that. A photo book ends up with the relationship between the book and the viewer, but a picture book is a time or experience for someone to read to someone. There is a book, there are people who read it, there are people who listen to it, and a space where people meet. I would like to provide a meal, but some of the experience through food.

" The space of the table in front of the counter seats is called "IRORI", and it is a place to set up a candle in the middle of it, at the end of the meal you can experience the atmosphere "surrounding the fire" like old Japanese. When you have a meal, there is a IRORI (Japanese traditional hearth), and people gather around it to have a conversation and butt the pots, like a feast. During the dessert time after meals, the customers at the counter are guided to "IRORI" and gathered around the fire like an old Japanese dining table. A place to share the time of once-in-a-lifetime meeting.

I want to make it a place to travel to come here, not as a side trip. The restaurant that "LURRA°" aims to evoke the original scenery that has existed in Japan for a long time.  People talk with each other through food.  This restaurant is new, at the same time is old. It is a place where you can be noticed by reading "the meaning of the dining table " that we are losing, like a picture book. 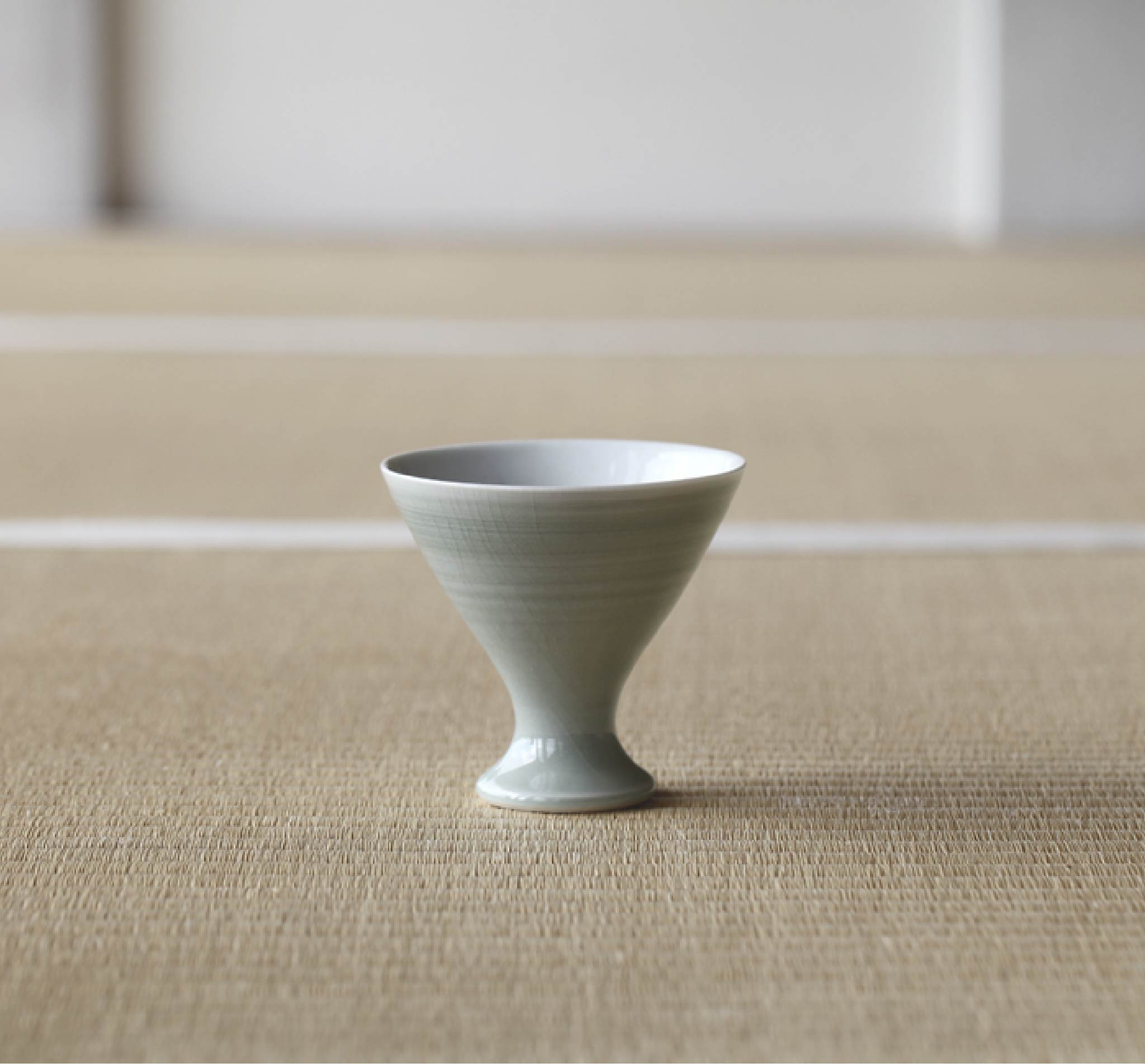 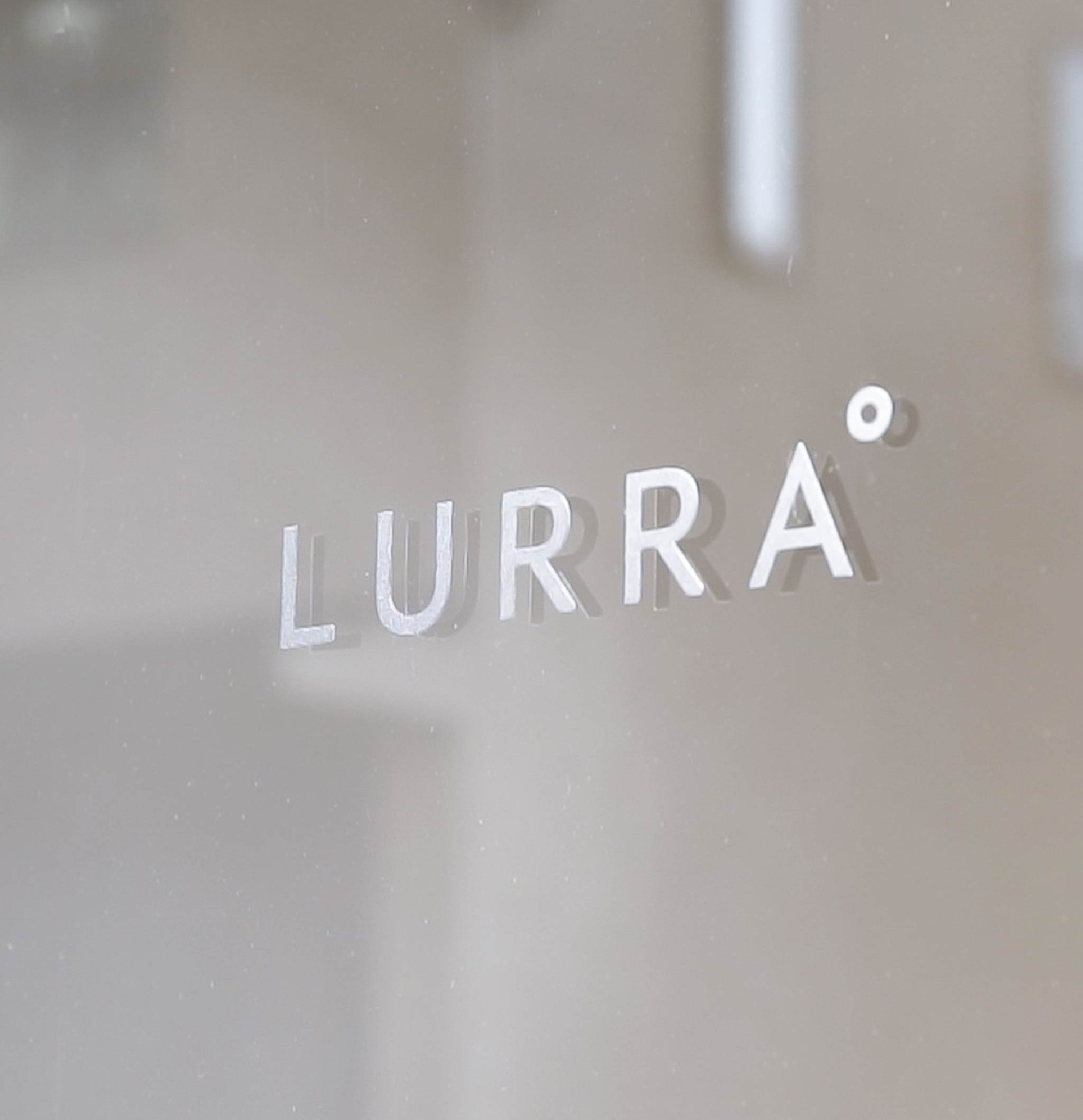