History of ASAHIYAKI
According to the common believe, ASAHIYAKI was established about four hundreds years ago by the first-generation kiln-master Tosaku.


The history of ASAHIYAKI has four turning points.

This means that  Asahiyaki got a high position in the potteries.

A tea ceremony “Cha-no-yu”  got popular among court noble and townspeople.

Many people liked and bought them.

Since the Fourth-generation (1733),  he worked  and potte to protect tradition because it was unable to make a living just by pottery.

They sometimes worked for tea manufacture and ferry-service across the river in Uji.

The seventh-generation Chobe still continued to protect Asahiyaki in the bad situation.

They made new style green-tea utensils.

Asahiyaki did a great business thanks to that.

It was the biggest transition period in the history of ASAHIYAKI.

However, in November 1898, the crown prince (later emperor TAISHO) visited the pottery suddenly. He observed the production process of Shosai Ⅻ and bought many products. Thanks to that, Shosai Ⅻ could revive the pottery.The relations with the Imperial Family has continued until today. They always drop in  Asahiyaki when They visit Uji.

Asashiyaki has been handed down by MATSUBAYASHI family at present. 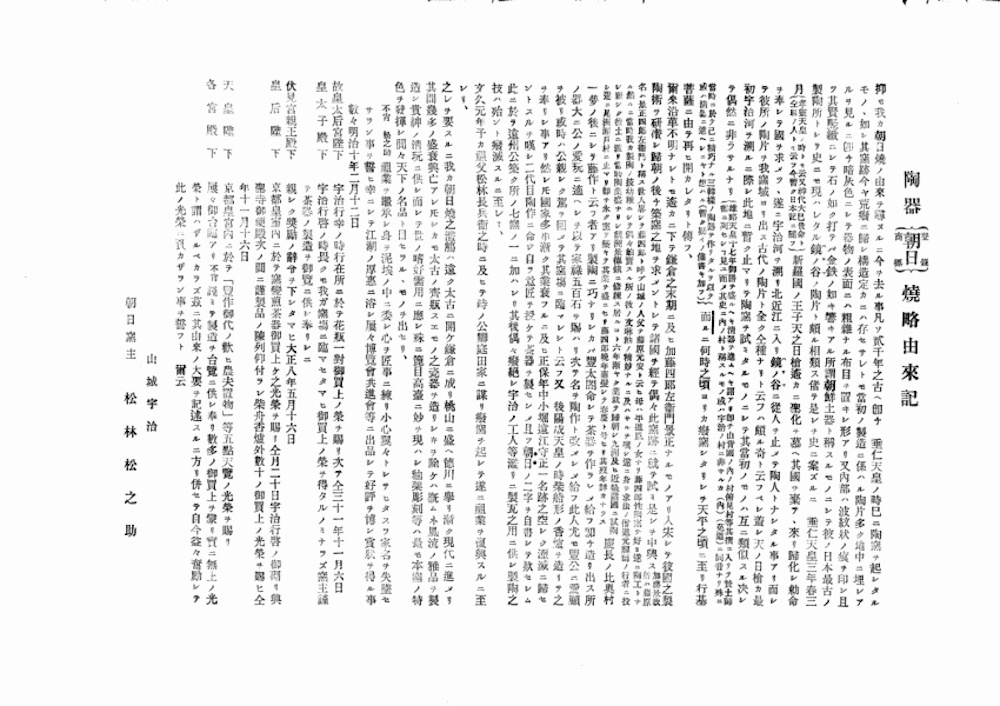